That was then and this is now

I was in LA last Friday night for a DJ job and I celebrated my 30th anniversary in the entertainment business. I played a song Friday night off of this album, a song that I had played at my very first event in 1979. It was a brand new song then and it's 30 yrs old now. Gary Numan's "Cars"

This month, I purchased a 3 CD re-release of the album to commemorate it's 30th anniversary and it's been in my CD player this week. One disc is the album just as it was, the next is filled with demo versions that were used to present the song ideas to the record company, alternate takes and alternate mixes and b-sides to the singles that were released back then. It's interesting to hear the stripped down version of "Cars" before it was fleshed out and became the classic that it is. It sounds like something Earth Wind and Fire could have done- very R&B-esque. The third disc is some concert recordings from that time period. The crowd was not recorded as it would have been had it been intended for a live release but you can still hear the ambient crowd sounds from the stage mics, it's just straight from the concert mixing board. One item of note is the inclusion of "On Broadway" in concert with synthesizers and drum machines- Gary Numan style.

Some of you are probably scratching your head and questioning the value of a 3-CD anniversary release of this album from 30 years ago. This album was the first of the rock era that was devoid of electric guitars. Other acts like Kraftwerk (German pronunciation- Krahft-vehrk) used synthesizers and other electronics but came across as cold, experimental music for geeks. Gary Numan made a solid, funky, warm traditional rock album- just with synthesizers taking the lead. There was bass guitar and a traditional rock drummer, but no guitars.

Don't get me started on the importance of Kraftwerk in hip-hop and current dance music. I contend that hip-hop would not have happened AT ALL without the influence of Kraftwerk. I can hear their beats or even sampled bits in probably 40% of all of the dance music that I play today. That is a posting for another time.

The musicians' union in England tried to blacklist Gary Numan from getting any gigs because he was using those new-fangled synthesizers and putting musicians out of work. He countered that he used 6 union musicians on stage every night while Sting and the Police only had 3! I recently saw a very young Sting on a DVD lamenting back in 1979 that "Message in a Bottle" -one of the great guitar riffs EVER- had debuted at #8 on the British charts and Sting was concerned! He thought it would have done better if they could just get Gary Numan to F*&% OFF!

"Cars" was actually Gary Numan's 3rd #1 single in Europe and "The Pleasure Principle" was his 2nd #1 album- and he was only 21 yrs old. That proved to be his only hit in the U.S. but he had about 35 chart hits in Europe and elsewhere in his career. He is releasing his 22nd and 23rd albums just a couple of months apart next year. I can't wait.

I still like "Cars" even though it comes off like a novelty song and doesn't really represent his wider body of music. Oft-times, the pioneer, who does it different or expands the art form is mis-understood even though he or she opens the door for those that follow the idea to success like Duran Duran, Human League, Depeche Mode and others.

I have seen 4 or 5 of Gary Numan's concerts on the rare occasions that he tours in the U.S. I have his autograph on some memorabilia. It was a pleasure to meet him. Considering the cold, ethereal feel of his music, he is a very warm and engaging performer. Several thousand people could think that the concert was just for them. Here are some current pictures of Gary Numan. 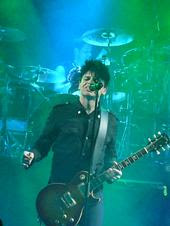 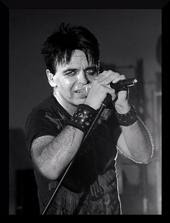 Here's me back in 1979, with my first keyboard rig. The other is me also in 1979, pictured with my dad at the front end of my DJ career when bands like Gary Numan, The Police and Styx had sparked my imagination and arguably changed my life. 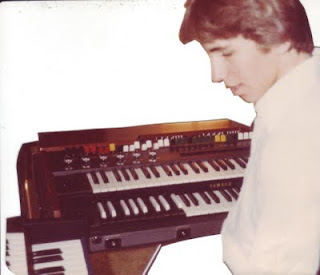 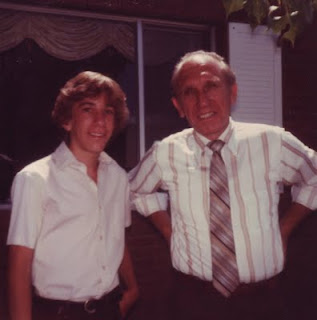 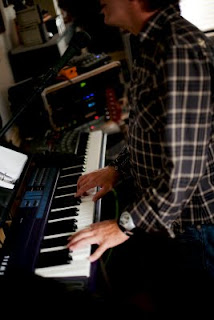 Here are a couple of pics of me now- 30 years later. Newer keyboard rig- this one digital piano can do 20 times more than the 4 keyboards could do in 1979.

Additionally, I'm a far better entertainer now than I was back then. Even though I know how to use the equipment to enhance that entertainment value, I've learned that technology isn't where the magic happens. The best sound system and light show won't save an event if the entertainer stinks. The magic happens when the performer and the audience connect and they exchange energy and celebration and angst and they just release the feelings of anticipation associated with the given occasion or event. 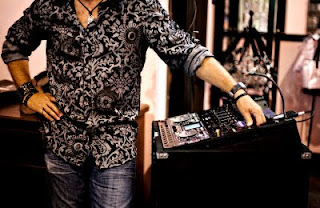 My current DJ rig pictured here can do about 20 times what my first DJ set-up could do with about 1/3 of the weight and space.

It's purely coincidental that both of these shots have my head cut off. The photographer that I've been hanging with of late- Kym Ventola, well, that's part of her artistic style. Or maybe she thinks I'm hideous... oh no... maybe I AM hideous... LOOK AWAY!